John Thompson: Find a Bigger Lie Than ‘The Adults Are Back in Charge’

Ace: We’re Officially Unofficially In a Recession as the Government Reports the First Quarter GDP Shrank 1.4% … Unexpectedly, the most incompetent and socialist (fake) president in history delivers the expected bitter fruits of incompetence and socialism.

Stephen Kruiser: The Morning Briefing: Looks Like We’ll All Be Biden Broke Soon

And like broken-clockwork the demo-commies always have the ‘cure’ for inflation. Print buckets of money, and when that doesn’t work, raise taxes high and low on society. Actually, it’s their cure for every damn problem…

WZ: Chuck Schumer: The Only Way To Stop Inflation Is To Raise Taxes…

Democrats don’t want to lower costs, they want to raise your taxes.

In typical Democrat fashion, the only "solution" they have to the inflation they caused is to waste more of our money and raise our taxes.https://t.co/YCqCfDTsVy

To fight the fascists, we had to become the fascists. Biden also demands another $33 billion for a foreign country, and Pelosi wants to attach $22.5 billion in further foreign aid to that…

Biden also wants the power to seize person property based on a deliberately vague string of qualifiers, which is definitely not a dry run for seizing the estates of future political enemies (like Elon Musk)…

If you think that is alarming, you haven’t seen nothin’ yet…

If you haven’t already, prepare for the worse. Look for helpful tips on ways to get the most for your money during Bidenflation. Here’s one… I learned that the more the store butcher has to do to meat/chicken the more the item costs. “Boneless/skinless”? Compare the price per pound to the price of a whole chicken. And here’s an important tip about not making scraps just garbage fodder. Butchering up a whole chicken (or turkey)? Don’t toss out the giblets and back/bones. Use a stockpot and boil them with some seasonings and herbs for soup/cooking stock and freeze. Buying beef or pork and deboning before cooking and then making stock with the bones is an idea as well.

People are also deciding what products they are willing to buy in generic or store/off brands to save money. I’m collecting bread recipes and stocking up on flour, sugar, cornmeal and dry yeast. Nick Arama: Biden’s Brain Breaks Yet Again, but What He Managed to Say About Ukraine Is Concerning

The Brandon Plague on the US:

Biden to teachers: “They're not somebody else's children. They're yours when you're in the classroom." pic.twitter.com/iiBdxNkqOC

Ronn Blitzer: Biden says students are like teachers’ children when in classroom: Biden says of students, ‘They’re all our children’ … Not just ‘no’. OH, HELL NO!!!

Andrea Widburg: Biden says the equivalent of ‘All your children are belong to us’

On Wednesday, the White House hosted an event for the “Teachers of the Year.” Biden loudly announced that the unknown people who control him didn’t want him to extemporize but he did anyway. And once he did, he launched the pro-teacher equivalent of that old computer game phrase, “All your base are belong to us.” According to Biden, teachers own the students when those kids are in school. Biden said a few other things, many wrong or incoherent, all a reminder of what happens when an already inadequate mind is stricken by senile dementia…

Let's see the White House/Psaki 'clarify' this one.

Twitchy: President Biden tells teachers that children are ‘like yours when they’re in the classroom’

He’s right. Teachers are responsible for them while they are in school.

YES for their role in educating them in academic subjects they're allegedly qualified/degreed in & paid to do w/parents' tax $. Yes for their safety while in their charge. YES for answering to their parents when questioned. NOT for a child's gender dysphoria or sexual curiosity.

Just a reminder that a recent House hearing on transgender kids the HHS Secretary Xavier Becerra refused to directly answer Rep. Lauren Boebert’s direct question regarding the government’s plan(s) to remove alleged “transgender”-claiming children from their ‘straight’ homes if parents refuse to get surgeries/hormone reassignments for their minor children.

The left has been free-ballin’ for years, especially with our kids in the schools. If there has been the slim silver lining to the COVID lockdowns of schools and working it is the discovery by parents of what their kids weren’t learning and what teachers have been doing instead. Indoctrination. This lead to parents showing up in droves at school board meetings to exercise their parental rights and express their disagreement and outrage of not only what was being taught, and not taught, to their kids but of the dismissiveness, resistance and disdain they were being met with by said school boards … school boards who had covered up not only the education malpractice going on but the deliberate secretness of it and of crimes happening inside the school walls. Meanwhile…

$122B in School “COVID Relief” was a Leftist Social Engineering Pay-Off:

VIDEO: Billions of COVID Relief Used to Push CRT in Schools: “Not for plexiglass and better ventilation. For indoctrination…”

And I am more than willing to bet some of those big-bucks handouts to schools went into the whole “transgender/sexual” educating in the classrooms.

Lying Liars and the Lies They Vomit on the Border: 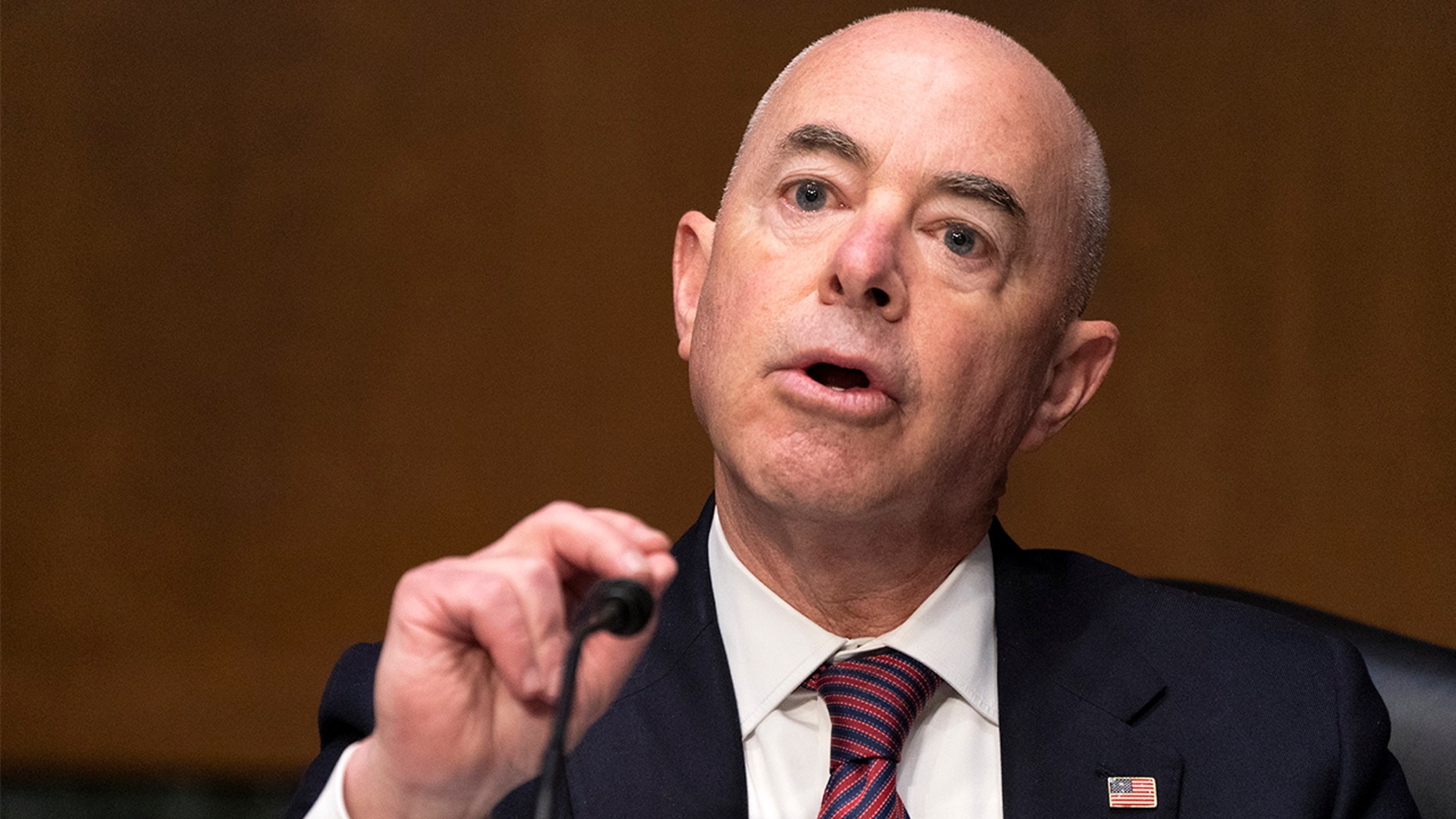 Mayorkas made the claim that “we inherited a broken immigration” system from the Trump administration. Let that and the millions of illegal aliens that have avalanched into this country, with a Hell of a lot of direct aid and assistance from the federal government, to the numbers that came over during the Trump administration. How can that be? Well, demand answers to, “Why did Biden toss out every Trump border policy that was working?”

Thomas Phippen: Rep. Higgins implores Mayorkas to resign over border crisis: ‘Save the country the pain of your impeachment’: Mayorkas said he disagreed that the border crisis was ‘disintegrating’ American sovereignty

Twitchy: Rep. Chip Roy truth nuked smug DHS Secretary Mayorkas so mercilessly that Rep. Nadler had to save him

Elon Musk is this year’s Dream Date for Prom:

Michael Lee: Texas rancher offers Elon Musk free land for Twitter HQ, says Texas is the place to be: The longtime rancher said his only goal is help his local community … Makes sense with his other two companies, SpaceX and Tesla, already in Texas.

Ben Cost: 12 times Elon Musk proved he owned Twitter — before he bought it

His musky sense of humor…

I am liking his sense of un-PC humor, and his interaction with others on Twitter.

The Left is Declaring War on Musk and Free Speech: 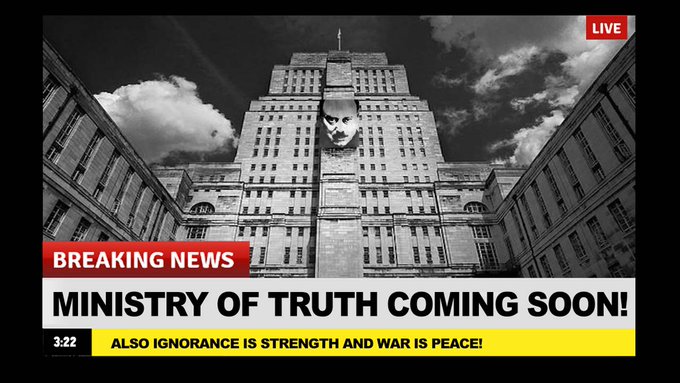 Mr @elonmusk has invited the world to abuse him verbally on his own property. That’s my definition of a generous and gracious host

Robby Soave: If Elon Musk Is ‘Targeting’ Twitter Employees, Isn’t The Washington Post ‘Targeting’ Elon Musk? If there is a headline, it should probably be: “Elon Musk Agrees With Twitter That Censoring the Hunter Biden Story Was Wrong.”

Gavin Wax: The Biggest Loser in Musk’s Twitter Takeover? Chuck Schumer … Watch the Senate majority leader and Silicon Valley’s top man in Washington in the days, weeks, and months ahead.

Dinesh D’Souza’s upcoming film suggests a highly orchestrated campaign to tilt the 2020 election to Joe Biden. The early footage is fascinating, and media outlets haven’t swarmed the film with fact checks as expected…