Weekend Reads: Summer is Slipping Away! Get Out on Your Porch with a Drink of Choice While You Still Can!..

Weekend Movie Suggestion: Have you ever seen this movie? Find it. Watch it. You’ll love it. “Secondhand Lions“ is one of my favorites.

Please click and read each of these selections in-full. Information has become a very valuable commodity, and may soon be … outlawed, in one way or another.

Scott McKay: No, America Isn’t Over: But a political era — that of the New Deal Democrats — is coming to its inglorious end.

The University of Chicago’s Institute of Politics has a new poll out, and the numbers are pretty shocking — but not particularly surprising or even discouraging, if you understand the long view.

As it happens, my new book, The Revivalist Manifesto, lays out that long view quite clearly, and you should of course buy your copy today. We’ll get to that in just a minute.

In the meantime, here’s what the poll says:

A majority of Americans say the U.S. government is corrupt and almost a third say it may soon be necessary to take up arms against it, according to a new poll from the University of Chicago’s Institute of Politics.

Two-thirds of Republicans and independents say the government is “corrupt and rigged against everyday people like me,” according to the poll, compared to 51 percent of liberal voters.

It’s not altogether unreasonable to see such numbers and conclude America is ending. But the good news is that America is not ending. What’s ending is the current political era — the New Deal/Great Society/military-industrial complex/foreign adventurism/Big Media reality — that we’ve been in since 1932. All that’s required to banish it is a Republican Party worthy of doing so…

Well, it was a lie that was advanced during the 2019 and 2020 primary and general election. Everybody knew then…

There were photographs of these people, these oligarchs and lobbyists with Joe Biden: There was Tony Bobulinski’s testimony, there was the laptop.

There was the opulent lifestyle that was otherwise inexplicable of Joe Biden himself. But there was a lie, and it was promulgated by the left and the Democratic Party because without it, they were afraid Donald Trump was going to be elected.

Now, that liability, that asset, Joe Biden, is a liability, and he’s so low in the polls that they’re going to blame him for their own progressive message, failing to attract voters. So all of a sudden out of this administrative state and the FBI, the DOJ, maybe even the White House, people are starting to leak.

We hear this word whistleblower, and they’re saying, you know what? He met 13, 14 times and my God, the laptop is here, and we’re getting elements of the laptop. And so when he’s expendable, then the government reacts…

Lee Smith: The National Tragedy of Hunter Biden’s Laptop: How a country’s political corruption, institutional decay, and moral decline can be summed up in one sad family saga

The recent release of more gigabytes of images and information from Hunter Biden’s laptop adds to the evidence that the all-out elite effort to bury the scandal before the 2020 election wasn’t just to protect Joe Biden, the preferred candidate of the American oligarchy. Sure, the 50-plus senior U.S. intelligence professionals who signed a letter claiming the laptop’s contents were “Russian disinformation” wanted to stop Donald Trump from sending angry tweets at them, but the laptop suggests there was much more at stake.

The U.S. spy chiefs who signed that infamously misleading letter—including John Brennan, Leon Panetta, Michael Hayden, and James Clapper—had directed America’s foreign intelligence services while Biden was vice president and before that chair of the Senate Foreign Relations Committee. They knew what his son Hunter was doing abroad, because it was their job to know what foreign services know about leading U.S. officials and their families, and how it might affect U.S. national security.

But none of these powerful and experienced men, presumably dedicated to defending the national interest, lifted a finger to stop Hunter Biden—and really, how could they? He was Joe Biden’s son, after all. And by doing nothing about him, the pillars of America’s intelligence community became the curators of the Biden family’s scandal…

Ace: The Honest Straight-Shooters at the FBI Not Only Improperly Closed the Hunter Biden Laptop Case Without Cause, They Then Deliberately Buried Information In Hidden Sub-Folders So That No Other Analysts Could Find It 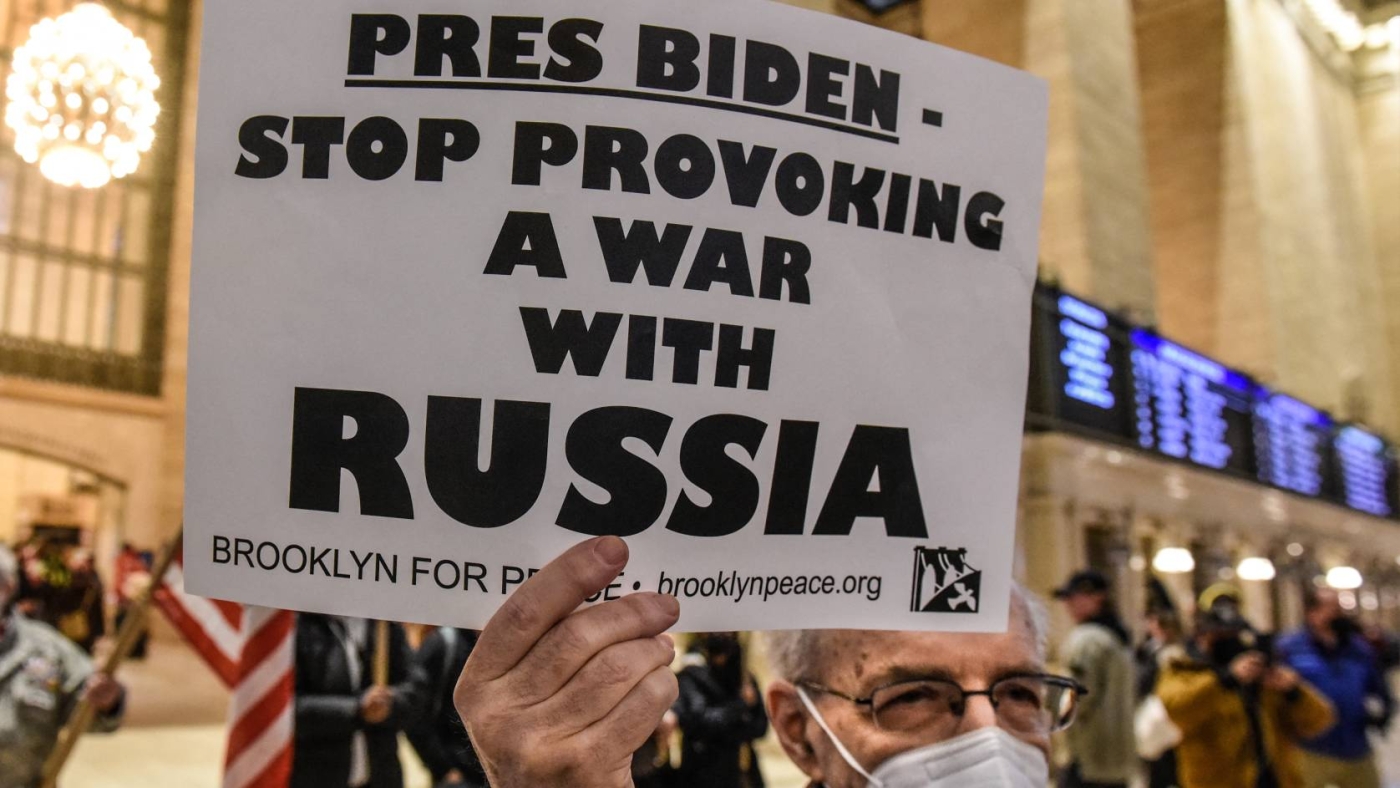 Victor Davis Hanson: The Ukrainian Verdun: The United States is nearing a gut-check on Ukraine.

Five months after Russia invaded Ukraine, the war is now reduced to one of attrition. The current dirty, grinding slog is fought mostly with artillery and rockets. Everything from Ukraine’s shopping centers to apartment buildings—and the civilians in them—are Russian targets.

Most outsiders have already forgotten the heroic Ukrainian winter repulse of the botched Russian shock-and-awe effort to sweep into Kyiv, decapitate the government, and declare the eastern half of the country a Russian protectorate within mere days.

Months later, the long war devolves further into a contest of mass and weight—tons of explosives blowing up pathways for massed troops grabbing a few more charred miles of ruined landscape…

So, the Ukrainian war increasingly will depend on endless U.S. aid and escalation…

The United States is nearing a gut-check decision. There are plenty of dangerous firsts in radically upping our role with Ukraine. No one quite knows the post-Cold War rules of engagement when one nuclear power openly fights the surrogate of another…

For now, no one knows whether greater American escalation would tip the balance for an allied democratic victory, and a repeat of our savior role in the two World Wars. Or will the proxy war suck the United States into a Vietnam, Iraq, or Afghanistan-like quagmire?

Worse: will our intervention trump even the brinkmanship of the Cuban Missile Crisis—with the nuclear standoff nightmarishly unpredictable? 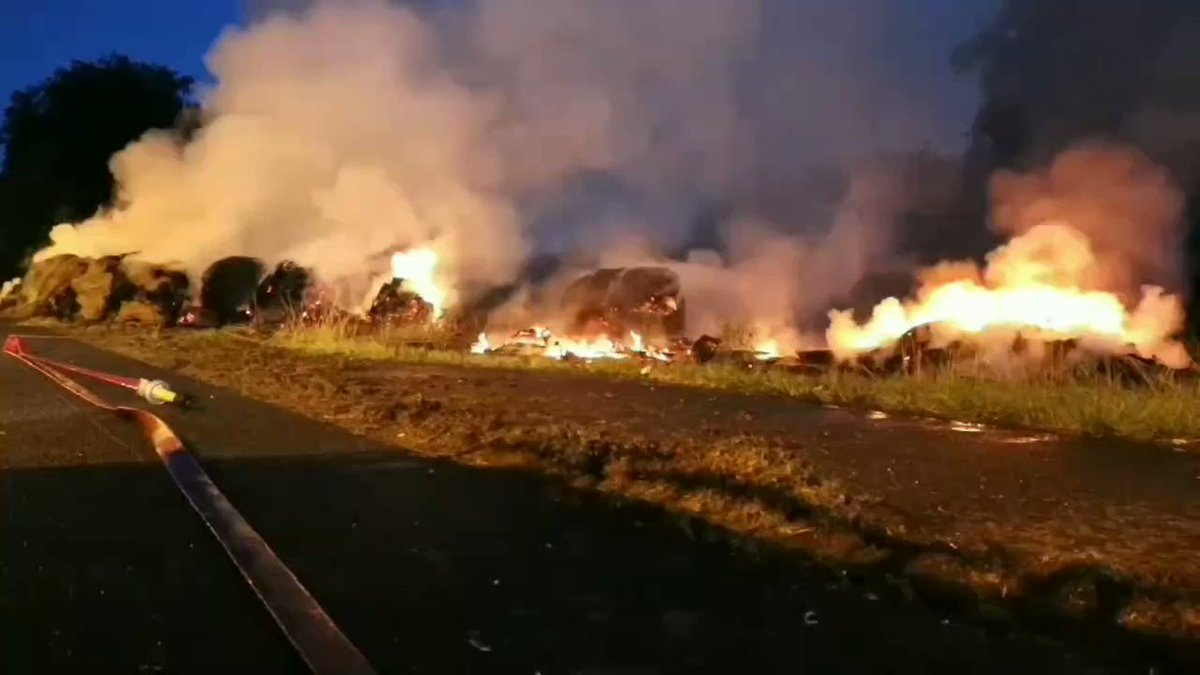 John Daniel Davidson: Pay Attention To The Dutch Farmer Protests Because America Is Next: The same climate policies that are set to destroy private agriculture in the Netherlands are eventually coming to America.

Kurt Sindulka: ‘The Place is on Fire’ — Dutch Farmer Road Blockades, Hay Fires Continue Over Night: Major highways were once again shut down throughout The Netherlands on Thursday as the direct action taken by farmers to blockade roads with manure and burning bales of hay continued Wednesday evening and into the morning.

David Horowitz and John Perazzo: Rigging the War on Fossil Fuels: Taxpayer dollars to make the world green and red.

The Blaze: Path to CONTROL: What Biden’s ‘climate change emergency’ is REALLY about: So many scary options become available once a national emergency is declared 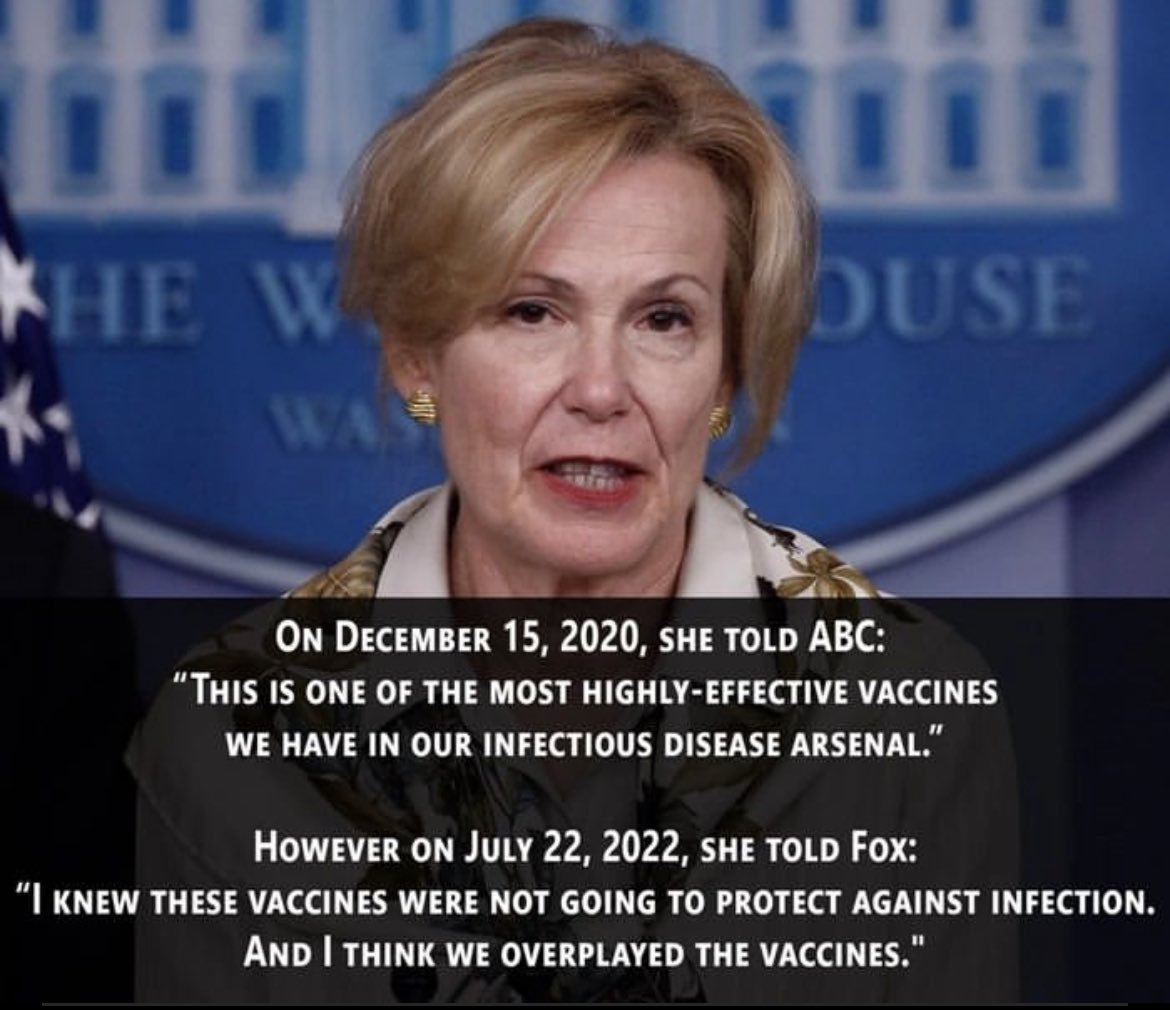 Dan Gelernter: Doctors Said the Vaccine Was Safe: “We were just following orders,” the doctors will say when the truth comes out. Where have we heard that before?

Christopher Bedford: Inside The Corrupt World Of Alzheimer’s Science (And What Its Failure Means For All ‘Settled Science’): In Alzheimer’s — as in coronavirus and global warming — the science is far from settled.

The tiptoeing around monkeypox has the potential to be a repeat of the messaging around BLM protests and Covid. God forbid you give accurate information because someone might get their feefees bruised. There are tactful ways to tell people the truth about transmission risks.

← Pres. Trump for an Hour on “The Clay and Buck Radio Show” Today
Weekend Space Swim… →

One comment on “Weekend Reads: Summer is Slipping Away! Get Out on Your Porch with a Drink of Choice While You Still Can!..”