The Biden administration running this country has moved beyond an Adam Sandler movie of the ridiculous. Hell, I’m not even sure Sandler, a moderate-conservative libertarian (at last check), would write this story and gamble it would not only make money but that his fanbase audience would accept it … as funny.

And so, should we be kicking the Biden administration when they’re down? You bet your taxpaying ass, we should.

Twitchy: You new here?! LOL! People POINT AND LAUGH at The Daily Beast for acting SURPRISED that Biden is ‘just as divisive as Trump’

Biden and his administration minions are nowhere anywhere near ‘above reproach’. They are completely and totally accountable to the rest of the country on everything. THAT has not changed just because this senior citizen jackass finally got the last chapter goal of his adult lifelong career political biography. And will people please just drop the “he’s a nice guy” bullshit they preface their criticisms with. The guy is a self-serving farce that appears to be nice simply for the good press. All that said, I have one key to Joe trying to salvage his approval, but they would never go against big pharma to do it. What is it, you ask? Go on TV and read a statement off the teleprompter stating he is encouraging doctors and hospitals to begin using the old school low risk therapeutics that were demonized and banned … and that were used by some doctors on COVID patients with better results (said doctors compiled studies while using) than the vaccines … But he/they won’t.

Old Joe’s and Cackling Kammy’s Terrible No Good Horrible Week(s) as We Approach the End of Their First Year:

Anders Hangstrom: Biden Ends First Year In Office With His Worst Week Yet

VIDEO: Laura Ingraham: Biden’s worst week ever: “How embarrassing for Biden…” … Feh! He earned it.

Jon Brown: Psaki gets sarcastic on bitter day: White House could just do ‘bunny rabbits and ice cream’: Confronted with setbacks, press secretary says the White House is not a place to try easy things … Umm, Jen, the irony just buzzes your redhead. How dare the MSM reporters at the White House press room ask tough questions of the administration outside of their typical Biden ice cream purchases and puppy updates.

So the long-awaited GOP plan to fight inflation is…to do nothing?

"So the long-awaited GOP plan to fight inflation is…to do nothing?"

Your party controls the White House and Congress, Jen. And your only plan to fight inflation is to print another $2-4 trillion.

What, exactly, are they in position to do?

There's a saying – when the opposition is actively stepping on their own dicks, don't tell them to stop

Biden and the Dems stepped on their dicks with 'Build Back Broker'. They did it with the filibuster.

Why stop them now?

Matt Margolis: WATCH: Kamala’s Disastrous Response to a Question About 2024

Brian Flood: Kamala Harris crushed for non-answer about changing up COVID strategy, draws comparisons to fictional buffoons: ‘It’s time for us to do what we have been doing and that time is every day,’ Harris said

The Hill: Biden calls on employers to mandate vaccines despite Supreme Court ruling … This won’t bode well either, on many levels, not the least of which is the current low-numbers workforce and businesses and companies (and hospitals) short-staff problems. It will continue to allow supply shortages and inflation to grow and thrive.

Charles Creitz: Pennsylvania Republicans to draft bill to relocate migrants on Biden DHS flights to Delaware: ‘If it is good enough for Pennsylvania, then why not redirect the relocation to Delaware?’ a state senator asks

FOX News covering, investigating, and reporting the important details of the illegal alien invasion on Boden’s open borders is pissing-off the left, and this bloke whose Twitter profile states he’s “Policy Counsel at @immcouncil. Formerly immigration lawyer at @LegalAidNYC through @IJCorps.” … Well, goodie-goodie-CBD gumdrops for him. The law is the law, and failing to enforce it and this nation’s and Americans’ sovereignty and security/safety is diabolical. He can go pound sand…

This is not national news. This is a local crime beat, the kind of thing on page 13 in the police blotter.

So why is this being covered on Tucker Carlson? Because they want viewers to believe Trump's "They're bringing drugs, they're bringing crime, they're rapists" speech. https://t.co/CvAJr1YkAO

NOT ‘national news’?? THAT is the U.S. border they are crossing. The only reason why it has local news issue(s) is because the federal government, who is indeed directly responsible for the nation’s border, has abandoned that responsibility. These people, and the criminals in these numbers, are being dispersed throughout the nation by the Biden administration. THAT absolutely makes it a ‘national news’ story, idiot.
.

It's not a local crime beat item when Biden's administration is flying them after midnight to swing or red states, Aaron.

Americans are not stupid when they see hospital times are tripled, classroom capacity doubles, and soup kitchen lines are exhausted in their towns.

Ever have a loved one die from a fentanyl overdose? 100,000 of them in 2021. Border agents confiscated enough fentanyl last year to kill 200 million Americans. Not a national crisis? Tell that directly in person to parents who lost a child instead of mouthing off behind a screen.

"This is not national news." Says who? You? How is it not national news these types of people are being caught at the border considering most, if not all, don't plan on staying in border towns? https://t.co/GhRtzAFQG0

Also love the confidence of people, who don't chew the dirt, trying to discredit the hard work of actual reporters who are on the ground and seeing the issue firsthand.

Idiotic Irony, Thy Name is Pelosi:

Houston Keene , Jacqui Heinrich: KN95 masks distributed to House members stamped with ‘MADE IN CHINA’: Lawmakers were reportedly not happy with the distribution of masks … Oh, and just a note here, if your area is handing out this limited free COVID home test kits, like my area has since before Christmas, have a look on the box. Some are made in China. Worth reminding folks that I’m the early days of the China plague a lot of PPE/test kits/medical equipment coming from that country were not only discovered to be junk but were found to already be contaminated with the Coronavirus on it.

You can directly trace the regression of humanity to when Apple started removing the headphone jack from their iPhones and people said it was a 'good idea'. 🤣

And, as if “spellcheck” wasn’t asinine enough, now comes Microsoft’s #WOKE Checker on your devices…

In an apparent attempt to inculcate “woke” language into the verbiage of hundreds of millions of people, Microsoft has developed an “inclusiveness” checker in its Word software that would highlight phrases that might offend others.

Some of the issues reportedly targeted by Microsoft in its latest version of Office 365, a subscription service that 250 million people use, include age, ethnicity, gender, sexual orientation, or “socioeconomic status”…

Yeah, sure, whatever, Bill. But this will get probelmatic, and will hopefully be taken to court to nail that control freak tech overlord…

Legendary astronaut Neil Armstrong’s famed words upon landing on the moon in which he lauded “one giant leap for mankind” could be altered to “humankind” or “humanity.” Pop singer Barry Manilow’s hit “Copacabana,” in which Manilow sang of Lola the “showgirl” could be altered to “dancer,” “performer,” or “performing artist.”

Referring to the former Prime Minister of Great Britain, Margaret Thatcher, as “Mrs. Thatcher” could be replaced by “Ms. Thatcher.”…

How the Hell dare Microsoft! First, Microsoft will be changing direct quotes, especially historic quotes like Neil Armstrong’s, and that is not right on several levels. Second, Margaret Thatcher was PM of Great Britain during the woman’s lib movement. I believe if the strong, independent, esteemed and accomplished woman had wanted to be addressed as “Ms.” instead of “Mrs.” she herself would have made the distinction, but she did not. She was conservative, married, loved her husband, and not only carried his surname but the marital distinction of heading her name with “Mrs.” to dignify that. It is not big tech’s business to change anything to suit its snowflake followers.

Who the heck are those 43% that need to really wake TF up and get a real life? Oh, wait, there they are…

Fifty-nine percent (59%) of Democratic voters would favor a government policy requiring that citizens remain confined to their homes at all times, except for emergencies, if they refuse to get a COVID-19 vaccine. Such a proposal is opposed by 61% of all likely voters,

Nearly half (48%) of Democratic voters think federal and state governments should be able to fine or imprison individuals who publicly question the efficacy of the existing COVID-19 vaccines on social media, television, radio, or in online or digital publications.

so to sum up, half of Democrats want

Better they should move to Australia. Better yet, move to CCP China…

AP: Anti-coronavirus measures tightened across China: China further tightened its anti-pandemic measures in Beijing and across the country on Friday as scattered outbreaks continued ahead of the opening of the Winter Olympics in a little over two weeks. The actions appear to reflect nervousness about a possible surge in cases ahead of the Beijing Games… … A reminder that old Joe Biden loves him some Xi CCP China policies.

AP @ FNC: US Embassy in Baghdad targeted by 4 rockets: Iraqi officials: Pro-Iran Shiite factions in Iraq have vowed revenge for a U.S. strike in 2020 that killed Iranian Gen. Qassim Soleimani … This was just a ‘warning shot’. 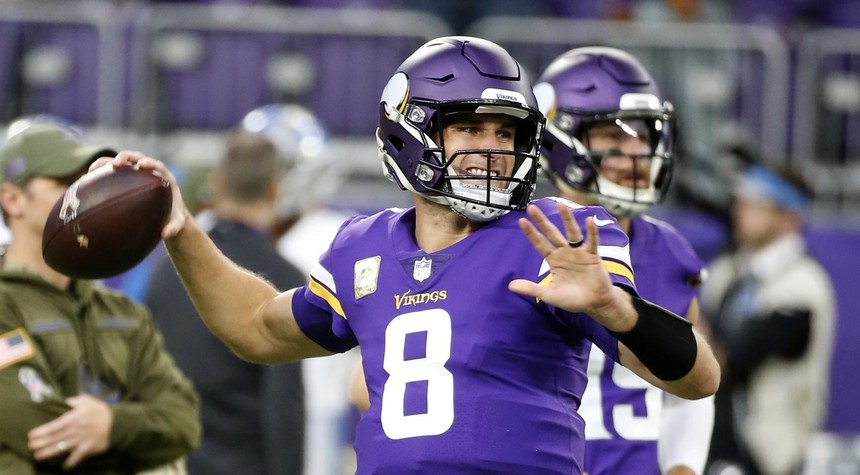 The College Fix: Is the Viking next to go? WWU eyes ditching Viking mascot due to colonialism … OFFS! Enough w/the backdoor BS already. Just have the balls to directly go for abolishing any/all (competitive) sports at all levels that you’re actually doing here, you intellectually dishonest mental-midget slobs.

STRIPPED BARE: The Prince has no clothes…