SPACE: You Know, It’s All Gonna End Some Billionth Day in the Humanly Distant Future

From “Big Bang” to “Big Crunch”, again, there won’t be any pictures. Jeff Parsons: Universe may collapse in a ‘Big Crunch’ sooner than we thought, physicists say

And that could happen – at least in space terms – relatively quickly …

According to theoretical physicists led by Paul Steinhardt at Princeton University, the end of expansion of our universe ‘could occur surprisingly soon.’

Of course, soon is a relative term, but the scientists say it may be ‘within the next 65 million years’.

So rest assured that neither you, I or an exceedingly long line of our descendants will still be around when it happens. But, generally speaking, 65 million years isn’t a long time.

If you go back 65 million years, you get to the end of the dinosaurs.

Once the expansion of the universe ceases and then starts to contract, all the matter and energy in existence would be contained into a tiny volume… 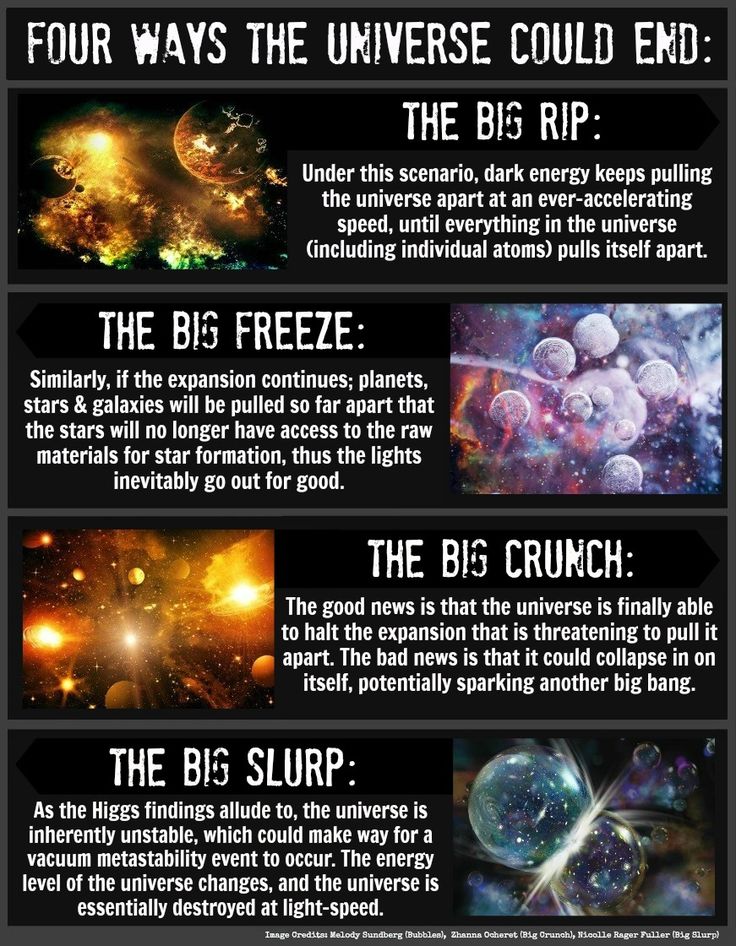 Eli Shayotovich: What’s That Smell? What Space Smells Like According To Astronauts Tim Newcomb: Alien Dreams Dashed: Study Says Alien Contact Potentially 400,000 Years Away … This, of course, is all based on humans’ concepts of technology and communication. I mean, just because I call my Dad’s house and nobody answers doesn’t mean nobody lives there. Isaac Schultz: A Space-Based Gravitational Wave Observatory Is a Step Closer to Reality 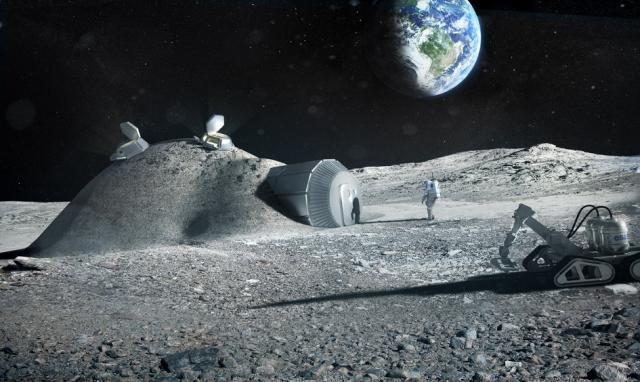 NASA: Building a Lunar Base with 3D Printing … I have been saying this for years. Yes, we would have to have materials and supplies missions to Luna and to Mars (this is a crucial building consideration especially on the Red Planet). However, with a moderate human crew, a lot of robotics, and the 3D printers it will be the most frugal way to build colonies on Luna’s surface and Mars especially. And those supply missions could be unmanned, of course.

Video: Soil on the moon could be used to convert carbon dioxide into oxygen and ROCKET FUEL to power future missions to Mars, study finds … Same for Mars.